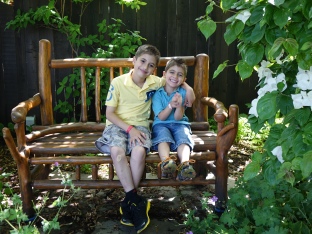 The high schooler and I were talking SATs and college stuff when he mentioned a certain far away college to go along with his very dangerous occupation of choice at the moment. This of course sent my head into my hands with great lamentations. My 9 year old said, “Well, Mom, they can’t stay small forever.” I didn’t know whether to laugh or cry, so I did some of both. Poor boys. It’s this business of letting go. I’m just not a big fan, and I’m realizing that it’s not just in these big things…it’s happening all the time.

We are a family of all boys, so you can imagine what my boys have done to the “Let it go” song, having a marvelous time making it gross and then laughing hysterically. Did I just ruin it for you forever? Yeah, me, too.

‘Let it go’refers to the act of releasing or relinquishing.

When Mr. College Boy was 6, I had the high schooler toddling around with his curls and dimples. When he was six, my older little was born, allowing us back into the precious “littles” days. Then when he was six, my littlest was still little! Now the that baby is turning six this week, and I’m sorry, but the puppy is just not cutting it. 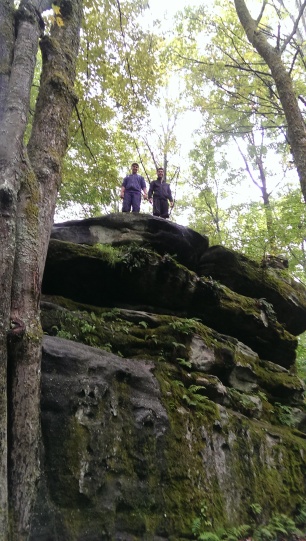 Every season is a new stage of letting go, of saying goodbye to an age or time, or grieving a “last”. They sneak up on you, those lasts. The baby stops nursing, moves out of a crib, sends you away so he can wash himself in the big boy shower (yes, Mom, I let him. He gets generally clean)….it’s letting go. They get on that kindergarten school bus, or they go to their friends for that first away from mama play date. They drive away for the first time alone, or walk that graduation stage, or have to face adult consequences for the first time…it’s all letting go. For us mamas, I think it can be an issue of knowing if they will be okay. It’s releasing the control of being the one who makes sure they are safe, secure, and loved. We want the best for them, to not be hurt, to not make wrong choices, to flourish wherever they are. In the end, we have to trust in how we’ve raised them or are raising them, and in the Lord, who we gave them to in the beginning. All along they’ve been in God’s hands, a whole lifetime of releasing, of relinquishing control to the One who loves them even more that we do. It’s knowing that even if they choose differently than we would have or when they embark on their own path, He will never let them go- He never gives up on them or relinquishes His call or love for them. And that is the very best place for them to be.